RNA worked for COVID-19 vaccines. Could it be used to treat cancer and rare childhood diseases? 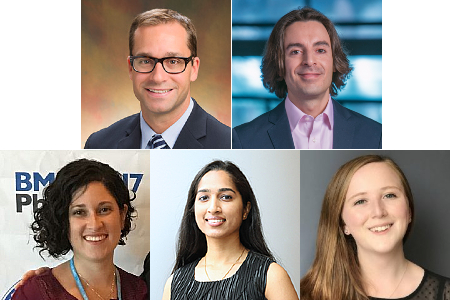 As COVID-19 vaccines roll out, the concept of using mRNA to fend off viruses has become a part of the public dialogue. However, scientists have been researching how mRNA can be used to in life-saving medical treatments well before the pandemic.

The “m” in “mRNA” is for “messenger.” A single-stranded counterpart to DNA, it translates the genetic code into the production of proteins, the building blocks of life. The Moderna and Pfizer COVID-19 vaccines work by introducing mRNA sequences that act as a set of instructions for the body to produce proteins that mimic parts of the virus itself. This prepares the body’s immune response to recognize the real virus and fight it off.

Because it can spur the production of proteins that the body can’t make on its own, mRNA therapies also have the potential to slow or prevent genetic diseases that develop before birth, such as cystic fibrosis and sickle-cell anemia.

However, because mRNA is a relatively unstable molecule that degrades quickly, it needs to be packaged in a way that maintains its integrity as its delivered to the cells of a developing fetus.

To solve this challenge, Michael J. Mitchell, Skirkanich Assistant Professor of Innovation in the Department of Bioengineering, is researching the use of lipid nanoparticles as packages that transport mRNA into the cell. He and William H. Peranteau, an attending surgeon in the Division of General, Thoracic and Fetal Surgery and the Adzick-McCausland Distinguished Chair in Fetal and Pediatric Surgery at Children’s Hospital of Philadelphia, recently co-authored a “proof-of-concept” paper investigating this technique.

In this study, published in Science Advances, Mitchel examined which nanoparticles were optimal in the transport of mRNA to fetal mice. Although no disease or organ was targeted in this study, the ability to administer mRNA to a mouse while still in the womb was demonstrated, and the results are promising for the next stages of targeted disease prevention in humans.

Mitchel spoke with Tom Avril at The Philadelphia Inquirer about the mouse study and its implications for treatment of rare infant diseases through the use of mRNA, ‘the messenger of life.’

Penn bioengineering professor Michael J. Mitchell, the other senior author of the mouse study, tested various combinations of lipids to see which would work best.

The appeal of the fatty substances is that they are biocompatible. In the vaccines, for example, two of the four lipids used to make the delivery spheres are identical to lipids found in the membranes of human cells — including plain old cholesterol.

When injected, the spheres, called nanoparticles, are engulfed by the person’s cells and then deposit their cargo, the RNA molecules, inside. The cells respond by making the proteins, just as they make proteins by following the instructions in the person’s own RNA. (Important reminder: The RNA in the vaccines cannot become part of your DNA.)

Among the different lipid combinations that Mitchell and his lab members tested, some were better at delivering their cargo to specific organs, such as the liver and lungs, meaning they could be a good vehicle for treating disease in those tissues.

Continue reading Tom Avril’s ‘RNA worked for COVID-19 vaccines. Could it be used to treat cancer and rare childhood diseases?’ at The Philadelphia Inquirer.