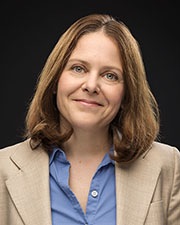 Over the last few years many campuses became embroiled in free speech controversies. Speaker invitations cancelled at Swarthmore and Rutgers, fires set by protesters at Berkeley, physical fights at Middleburry - it seems that no campus is safe from this new phase of the culture wars. In her recent book, Sigal Ben-Porath suggests that campuses need to reaffirm their commitment to free speech and to inclusion, and to be clear about how both are tightly related to colleges and universities' core mission. When speech events flare into the media, they are often inaccurately portrayed and as a result cannot be effectively prevented or addressed. Clarifying the background of the current tensions as well as the key demands presented by students and scholars on both sides, Ben-Porath offers a clear framing for understanding current free speech tensions and for responding to them in the classroom, in students' social associations and clubs, and in public events on campus.

Prof Ben-Porath received her doctorate in political philosophy at Tel-Aviv university in 2000, after which she joined Princeton University's Center for Human Values for her post-doc. In 2004 she moved to Penn where she is now a professor of education, philosophy and political science. Her previous books include Citizenship under Fire: Democratic Education in Times of Conflict and Tough Choice: Structured Paternalism and the Landscape of Choice.  She has been chairing Penn's Committee on Open Expression since 2014.   For more details:  http://scholar.gse.upenn.edu/ben-porath