Read about James Feuereisen, W15/C15, and his Penn Tech Treks

My freshman year, I was amazed at the great speakers who came to Penn. Yet, since Philly isn’t a tech hub (yet), we were limited by who we could have access to. The real action in tech happens in the Bay Area or in New York City, and traditionally the only way we are able to really dive into the scene while in school is to get a summer internship there. But what if we could make this experience happen during the school year? This logic led to the start of the Penn Tech Treks; during the fall semester, Penn students traveled to both the Bay Area and New York.

Back during the summer, the other organizers (Pulak Mittal, Talia Goldberg, Matt Gibstein, and Nick Meyer) and I decided to push forward on these treks, starting with planning for a trek to Silicon Valley over Fall Break. Utilizing our personal networks, we started reaching out to companies, and soon enough we had an exciting itinerary set up. Interest among students was extremely high, and the selection process was quite challenging. 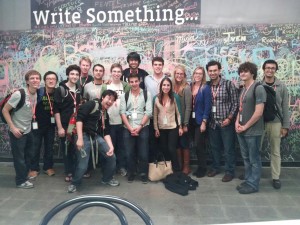 We got together in front of the ‘wall’ at Facebook’s HQ.

Besides hearing about the interesting work being done at mainstream companies, we got to hear from companies that among many students aren’t too well known. Take Addepar for instance. It is not a household name, yet this Joe Lonsdale-founded company is working hard to completely revamp how the world’s $100 trillion financial system operates through innovative technology.

Given New York’s proximity to Philly, we knew we could do several trips over the course of the year, so we decided to theme them based on industry, with our first trek having an education focus.  We visited Codecademy, Knewton, Lore, Skillshare, and General Assembly. Moving forward, we plan on having other treks focused on e-commerce, social, health care, media, and investing. 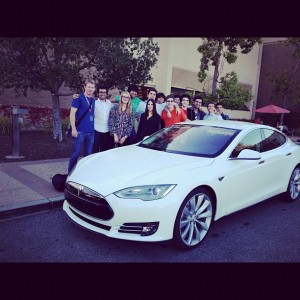 We all got to take a ride in the Model S when we visited Tesla’s headquarters—there we heard a talk from Roy Goldman, the head of interactive software.

Besides the obvious benefit of learning about the companies, the treks served as great medium for like-minded students with diverse backgrounds to meet each other and further help create a sense of community among students interested in tech.  This is immensely useful as students look for jobs or launch their own start-ups. Companies benefit as well because they get to meet great students who are interested in learning more about them.

Every meeting was a valuable learning experience, particularly when we met with alums. It was great to hear Ted Schlein C’86 discuss going from running a successful resume design business while a student at Penn, to joining a startup called Symmantec in 1986 and helping to scale it, and then joining KPCB as a Partner. Or hearing from Jeff Fluhr, ENG96’; W’96, the founder of StubHub offer insight on how to scale a startup to a $300 million sale.  Alumnus Joe Cohen has an amazing story of founding Lore while in school, raising money, deciding to drop out, and working on the extremely hard task of reinventing education for the 21st century.

As an organizer, it is a great feeling to see students benefit from the treks, whether it is learning more about a company, making new friends, or finding jobs. A participant on our New York trek told me that “Tech treks are a true, hidden gem among the professional tours and networking meetings that Penn clubs tend to host.”

In the future, from the Valley to the Alley, Penn students will be there. We plan on continuing to meet with great companies and individuals and continue to involve our great alums. 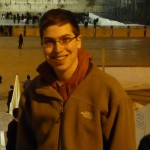 Bio:
James Feuereisen is a sophomore pursuing a dual degree between the College and Wharton, studying Computational Biology, Health Care Management, and Operations Management. He has worked for Lore andPetridish.org. At Penn, he is an organizer for PennApps, the Tech Treks, and is on the board of the Dining Philosophers and Penn STEP, and started PennAviv. Follow James on Twitter.